How does a medication abortion work?

This week, our guest contributor Dr Madeleine explains how exactly a medication abortion works, and addresses some common questions people have about them.

There are two main methods available in Australia to induce an abortion (also known as a termination of pregnancy (TOP)).  These can be surgical (STOP) or medical (MTOP). Your medical professional may recommend one over the other, due to factors including your gestation, your previous medical history, and your own desires for your healthcare experience. If you are considering a medical termination of pregnancy, and would like to learn more about how it works and what to expect, read on below.

MTOP is usually performed as a two-step process, either at home with the MS2Step medications prescribed by an accredited medical professional (available up to 9 weeks’ gestation)1, or as an inpatient in a hospital. Prior to being prescribed the medications required for an MTOP, you will need to have an ultrasound to confirm the pregnancy is inside the uterus, and a blood test to measure your pregnancy hormone and to determine your blood group2. 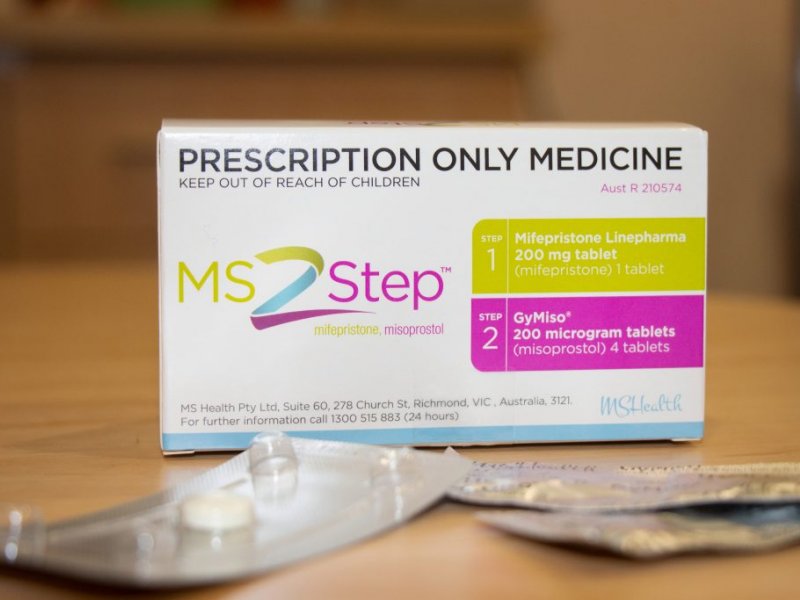 The first step of the termination itself is a medication named mifepristone, which acts to block the action of the hormone progesterone. Progesterone is important in maintaining the lining of the uterus in pregnancy, so mifepristone acts to stop the pregnancy from progressing. It also starts to soften the cervix to help allow passage of the products of the pregnancy through at the second step3. Some women may have a degree of vaginal bleeding and some nausea and vomiting after taking mifepristone, and a few women (approximately 3 in 100) will have a complete abortion after taking this drug4.

The second step, taken 36-48 hours later, is a medication called misoprostol. This further softens the cervix, as well as induces contractions of the uterus to help expel the products of the pregnancy4. The first dose of misoprostol is usually given orally if undertaking MS2Step at home, or can be inserted vaginally if given as an inpatient in hospital. Women undergoing MTOP can anticipate heavier vaginal bleeding and some painful abdominal cramping after taking the misoprostol step; most people will pass the products of pregnancy within 3-4 hours2. Use pads and simple pain relief as you need. However, if pain is severe and you are worried, or if you find your bleeding is very heavy (for example, you have fully saturated a pad every hour for a couple of hours), you should present to your nearest Emergency Department for assessment. There is also a 24-hour MS2Step hotline you can call for advice.

You should see your GP within a few weeks after the procedure for a follow-up; if you have concerns about ongoing heavy bleeding, smelly vaginal discharge, or fevers and chills, see your GP sooner. Around 95% of women up to 9 weeks’ gestation will have a complete abortion using MTOP3. However, in a small minority of cases (approximately <5%), further intervention may be required due to ongoing heavy bleeding or ongoing pregnancy3.